We equip everyday people to make a difference
and create community based safe homes in Hawaii.

“Is not this the kind of fasting I have chosen: to loose the chains of injustice and untie the cords of the yoke,
to set the oppressed free and break every yoke?
Is it not to share your food with the hungry and to provide the poor wanderer with shelter—
when you see the naked, to clothe them, and not to turn away from your own flesh and blood?”

We started the Justice Ministry in 2008 based on the promptings of God through dreams & prayers. A primary focus of the ministry is caring for those trapped in the exploitative sex industry through outreach, aftercare, community education and partnering with local churches, as well as, local, national and international organizations. The ministry also provides assistance to victims of labor trafficking as well as sex trafficking. We build avenues of restoration for each victim based on their individual needs. Our vision is to see a movement of justice in churches across the state, creating safe havens for victims in community based safe homes all throughout the Hawaiian Islands.

A single community home can have massive impact and is capable of unlimited transformation in the life of an individual. However, it needs several good leaders who have been trained effectively. We train our team members on the dynamics of human trafficking, best practices of community homes, and trauma informed care to support survivors along their journey to recovery.

A community based safe home may look like a family opening up the spare bedroom in their home to an adult survivor, or a group of singles living together & pooling their resources so they can support someone, or even a foster care family working to help vulnerable youth.

Our vision is to see a movement of justice in churches across the state, creating safe havens for victims in community based homes all throughout the Hawaiian Islands.

Since 2008, we have helped over 100 survivors of human trafficking. Mostly women, girls, and their children leaving the exploitative sex trade and pursuing their dreams in life again. Most of them living with us in our homes and becoming a part of our church ohana. Our transformational homes and relationships with survivors have not only empowered the survivors to heal but also equipped them to create their own safe home environment for their kids. In the process it has also changed our own lives. Ultimately, we’ve learned we can sacrifice in a way that is life giving to our soul.

Contact us at justice@bluewatermission.org with any questions.  Everyday people, like you and I, can make a difference. 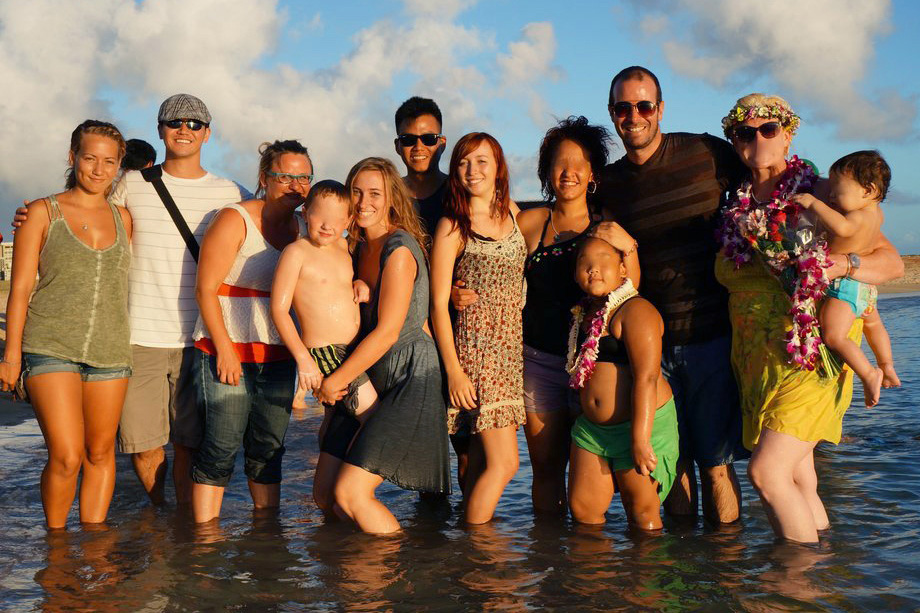 Connect with us to get updated prayer requests, training courses, videos and testimonies.

LEARN: How to Protect Kids in Your Community
FOLLOW: Our Facebook Page
JOIN: Our Email List
GIVE: Go to Bluewater Give page; choose “Justice Ministry” in the dropdown menu

Governments estimate there are 27 million slaves being held worldwide—more than at any point in human history. (U.S. State Department, March 2012)

After drug trafficking, trafficking in humans ties with the illegal arms industry as the second largest criminal industry in the world today. It is the fastest growing. (U.S. Department of Health and Human Services, 2011)

Most sex trafficking is regional or national and is perpetrated by traffickers who are the same nationality as their victims. (United Nations, Global Report on Trafficking in Persons, 2009)

As many as 2 million children are subjected to prostitution in the global commercial sex trade. (U.S. State Department, Trafficking in Persons Report, 2011)

Estimates suggest as many as 300,000 children annually are at risk of commercial sexual exploitation. (Richard Estes and Neil Weiner for University of Pennsylvania, 2001)

The average age of entry into prostitution in the United States is 13- to 14-years-old. (Sara Ann Friedman for ECPAT-USA, “Who Is There to Help Us?,” 2005)

Nationwide there are fewer than thirty safe homes for victims of sex trafficking to receive treatment and services. This severe shortage regularly causes their inappropriate placement in juvenile detention facilities. (Streetlight Tuscon, 2012)

SUNDAY (EVERY OTHER) ‘OHANA GROUP